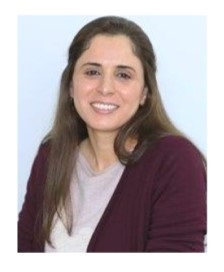 Chairperson for the Specialty Committee of

As a scientist, Dr. Nisreen Al Hmoud is motivated to provide research that focuses on the public good; her research focuses on the preservation of human health and biodiversity. During the last twelve years, she has dedicated her research to the development of scientific capacity in the fields of biosafety, water & food safety and security, and evaluation of environmental risks for scientists, government agencies, local communities and Non-Governmental Organizations in Jordan, the Middle East, and North Africa region. She is actively contributing to Biorisk Management capacity building programs both nationally and regionally.

In November 2020, Dr. Al Hmoud presented the Griffin Lecture Award presentation at the 63rd Annual Biosafety and Biosecurity Conference presented by ABSA International. Her presentation focused on “the impact of capacity building activities in the MENA region on enhancing laboratory biosafety and biosecurity”.

Dr. Al Hmoud is particularly interested in effective and sustainable scientific international cooperation. Her research collaborators include international NGOs, US-based scientists, and regional One Health networks. She promotes a holistic approach to research that takes into account microbiology, molecular biology, virology, toxicology and ecology to investigate the most effective methods to reduce health risks associated with naturally occurring infectious diseases and outbreaks. Her research projects have led to a significant number of journal articles, commissioned reports, and book chapters. 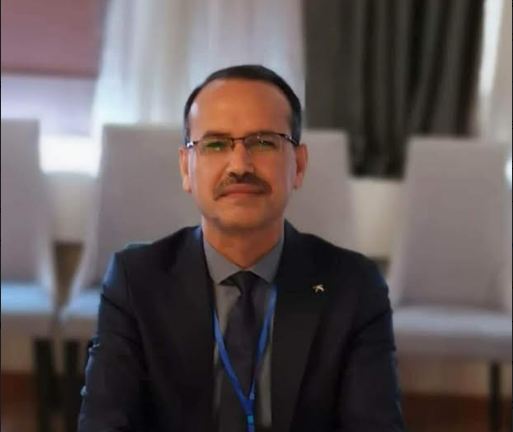 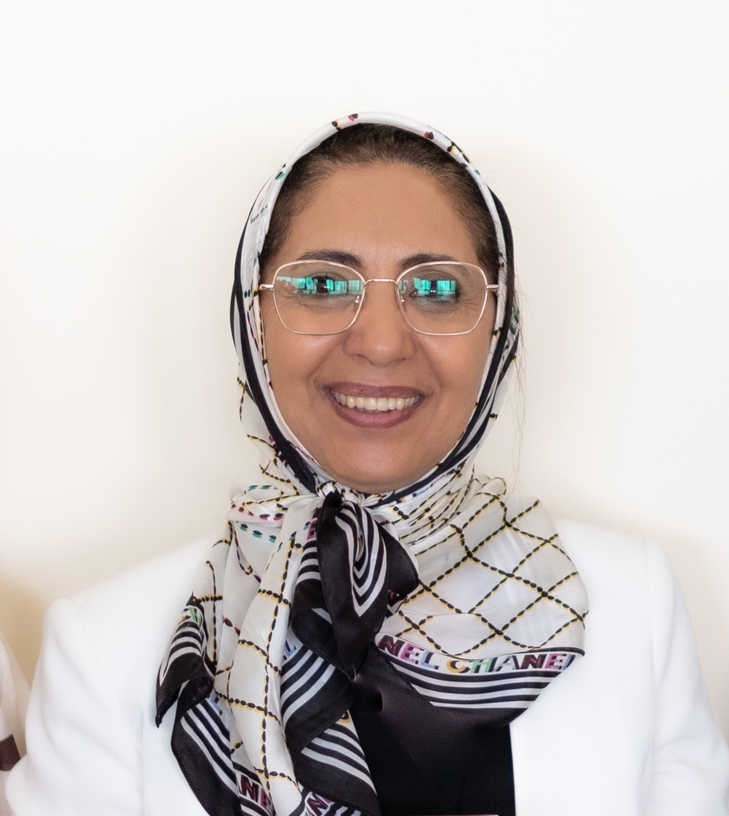 Dr. Lemrani has extensive experience in the field of leishmaniasis, focusing on genetic polymorphism of Leishmania spp., genetic susceptibility to leishmaniasis, and field studies. From June 1993 to 1995, she worked as a researcher in the leishmaniasis lab at Morocco's Institute Pasteur. From 1995 to November 2012, she worked as a researcher and the head of the IP Morocco Leishmaniasis Lab. Since November 2012, she has served as Research Director and Head of the Research Division on Communicable Diseases at Morocco's Institute Pasteur. 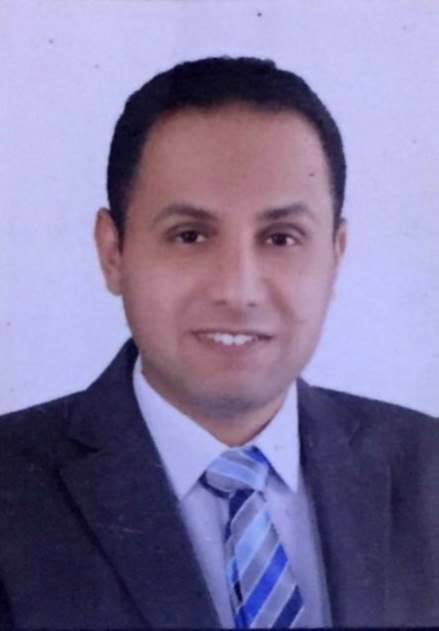 Mohamed Eltholoth is associate Professor of Virology at Faculty of Veterinary Medicine, Mansoura University, Egypt. He is a program team leader of health sciences program at Al Ain Men's Campus, Higher Colleges of Technology, Al Ain, Abu Dhabi, UAE. In 2008, he completed his Master's degree and got the doctorate degree of virology in 2012 by the same institution. Afterwards, he promoted to associate professor in 2017 with scientific excellence (fast track) law from Supreme Council of Universities, Ministry of Higher education, Egypt. He was awarded a scholarship in 2013 from the bilateral exchange of academic program funded by DAAD that support the implementation of a research project on foot and mouth disease virus (FMDV) in Gottingen University, Germany. Then He was awarded Erasmus Mundus scholarship in 2014 funded by European commission to work on coronaviruses and continued his work on the same topic in Ohio State University, USA in 2015. In 2016, he worked on using of point care diagnostics for respiratory viruses’ detection at Brunel University, UK as he was awarded a Daniel turnberg scholarship funded by medical academy of Science, UK. Afterward, He had a post doc visiting scholar in Pennsylvania University as a Fulbright Scholar in USA to develop a multiplexed nucleic acid isothermal amplification assay for concurrent detection of some pathogens. He is IFBA (International Federation of Biosafety Associations) certified person. Current projects of Dr. Mohamed Eltholoth focus on improving biorisk management, emergency preparedness and inventory management in biomedical laboratories as well as rapid molecular diagnosis of viruses causing respiratory tract infection in animals and humans using simple, portable field assays. He participated in multiple international conferences and workshops and a member of the Egyptian Veterinary Syndicate, Egyptian Virology Society, European Society of Virology and European society of clinical microbiology. 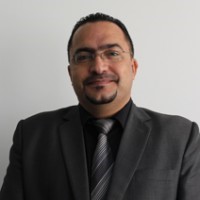 He holds 14 years of experience which he gained from the Central Public Health Laboratory of the Jordan Ministry of Health. Prior to joining EMPHNET, he was the Head of Central Public Health Laboratory (CPHL) where he coordinated and monitored laboratory work and activities related to public health, outbreak investigation and disease surveillance, laboratory quality management system and laboratory network. He also worked with international organizations where he was a consultant to the World Health Organization on laboratory quality management, Biorisk management, laboratory networking and laboratory core capacities for International Health Regulations. He also represented Jordan’s Ministry of Health in meetings, conferences and workshops as a speaker and trainer on laboratory based surveillance, food borne and other pathogens detection and subtyping , Influenza and other respiratory viruses ‘surveillance and diagnosis.

As project Manager for West Africa Project supported by Biosecurity Engagement Program to promote security of biological samples in three countries affected by Ebola outbreaks, he is working on many topics related to Global health security agenda (GHSA).

Dr.Tarek holds a PhD in Microbiology from National Medical University in Ukraine /Kiev/1997 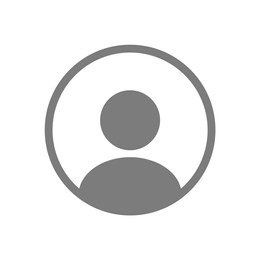 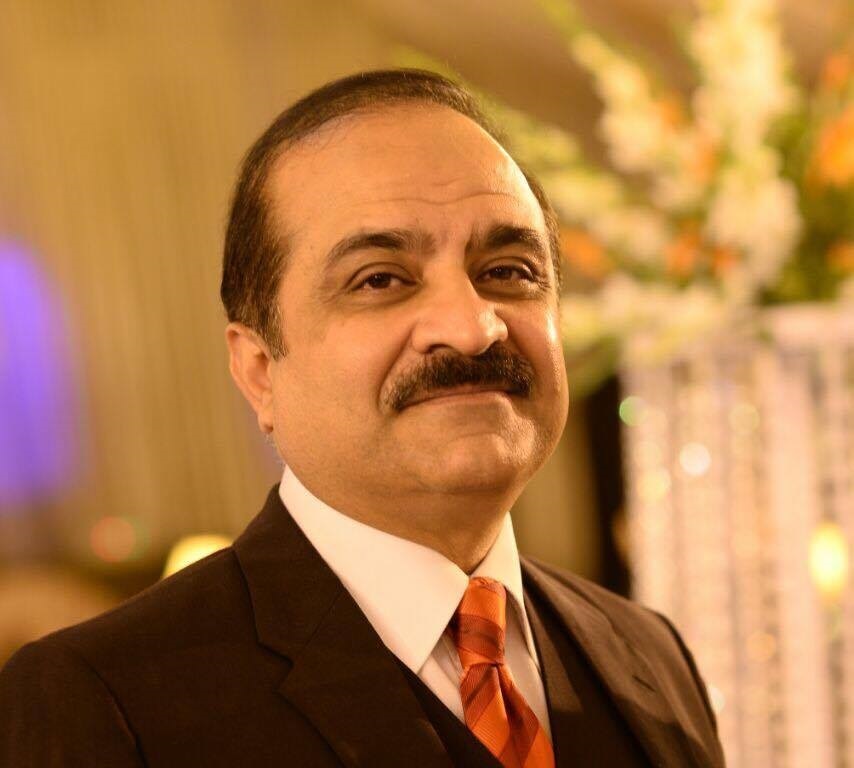 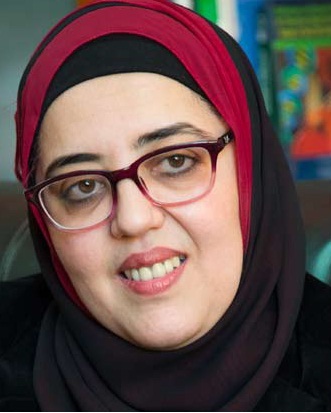 Dr. Halima Benbouza- is an Algerian scientist in the field of agronomic sciences and biological engineering. She received her doctorate in 2004 from the University Agro BioTech Gembloux, Belgium studying Plant Breeding and Genetics and was offered a postdoctoral position to work on a collaborative project with the Agricultural Research Service, United States Department of Agriculture in Stoneville, Mississippi. Subsequently, Dr. Benbouza was funded by Dow Agro Science to study Fusarium wilt resistance in cotton. In 2009 she was awarded the Special Prize Eric Daugimont et Dominique Van der Rest by the University Agro BioTech Gembloux, Belgium. Dr. Benbouza is Professor at Batna 1 University where she teaches graduate and postgraduate students in the Institute of Veterinary Medicine and Agronomy. She also supervises Master’s and PhD students.

In 2013, Dr. Benbouza was appointed by the Prime Minister as President of the steering committee of Algeria’s Biotech Pharma project. In 2014 she was honored by the US Embassy in Algiers as one of the “Women in Science Hall of Fame” for her research achievements and her outstanding contribution to promote research activities and advance science in her country.

In 2016, she was honored by the Algerian Ministry of Communication for the "culture of merit.” In the same year, she was chosen as one of the 6 best African Women Scientists by the "Next Einstein Forum (NEF)," a pan-African education organization. Due to her contributions in promoting a culture of responsible science and research integrity in Algeria’s higher education, she was appointed representative of Algeria to UNESCO’s Intergovernmental Commission of Bioethics (IGCB). In 2017. she served on the Committee on Regional Workshops on Science and Technology Issues for the Biological Weapons Convention, convened by the US National Academies of Sciences, Engineering and Medicine. During the same year, she was distinguished by the WFS (World Forum of Science) in Jordan.

Pr. Benbouza serves as member of the Executive Committee, Pan African Congress of Ethics and Bioethics (COPAB) since 2015. In 2019, she was elected as Vice President of of the External Ethics Advisory Committee of the CRBt. In 2020 , she was selected to be a member of the national commission of ethics and deontology at the Ministry of Higher Education and National Research. In the same year, she contributed as an expert in a foresight exercise, Dual-Use /concern, under the Health Foresight Function, within the Research for Health department of the World Health Organization (WHO). Pr. Benbouza consults for a number of international organizations on biosafety and